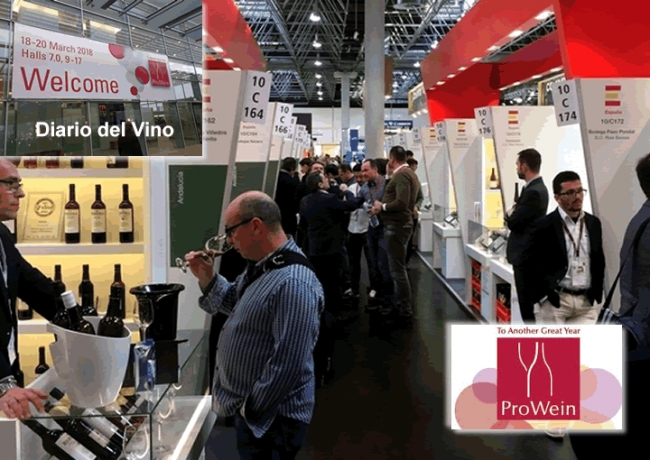 News Prowein 2: Germany Strengthens itself as a show case for the World Wine

Today we will confirm, at the end of the fair, if Prowein ends up achieving another attendance record, like last year, in this show that is on its way to definitively being registered as the "showcase" of wine in Europe. Apparently, as has been seen so far, this leadership was able to build this country from an excellent choice of the season to appear in the center of the Old World, and get the benefit of a meeting between actors of the wine trade thanks to availability of time without important tasks, circumstance that favors the participation of world wine operators.

This does not make sense - says a French publication - but it is not France, Italy or Spain that houses the first exhibition of wines on the planet. It is Germany. With 6,600 exhibitors from all over the world, ProWein is the first trade fair in the industry. The show, which runs until Tuesday in Düsseldorf, has already exceeded the level of 2017. She hopes to break a new record, after the 58,500 visitors registered in 2017.

With this vision, the memory of what happened in the past year, and the prospects of getting the attention of the world's great wine buyers, all in one area, from the opening, all the wines (even the bulk) are present taking care of the primordial function that brought them here: Sell! And this is what everyone does, with joy, with passion and with the ease of those who meet with friends of the same club, speaking the same language, despite the babel of the languages, but tuning into wine as a great communicator.

And since we mentioned France, let's say that many of us were the ones who observed a German predisposition to buy champagne, sparkling, or something similar, with gold or silver bubbles, but that tickles. And this responds to a fact directly attached to history: it was the Germans who promoted the star product (literally) of the old monk Dom Perignon, so much so that practically the German merchants awakened in the courts of England the adoration for champagne. In this they always followed the line that marked the difference between war and peace: "How to make war on a country that invented champagne", a phrase attributed to an old German chancellor.

But let's not talk about war: let's talk about peace: about peace in times of wine. This gift that everyone comes to deliver to Germany: France, Italy, Spain, United States, Australia, South Africa, New Zealand, Argentina, Chile. And precisely with Chile we close this note: You can press the banner below: this was one of the main offers of Chile: the country of the Great Wines.